Hello, I'm up here at Sundance. Tis fun. The Sundance folks decided to do a "video letter" exchange between Academy - Award winning filmmaker Adam Elliot and I. Adam has a feature stopmotion film at Sundance, which opened the festival. The film is about two people, a man and a little girl, who are pen - pals. So Adam and I sent these video letters back and forth to each other prior to the festival, sort of mimicking the theme of his film, then they recorded us meeting for the first time at the festival.

Interesting idea! And it was fun. Adam is a very nice fellow. Here's links to the videos... check em' out! The first ones were a bit akward, but as we got further into the "letters" we loosened up a bit, they actually get pretty funny. There's some further insight into both of our films, as well. 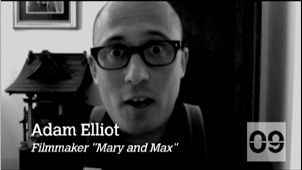 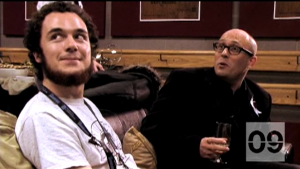 To see the unedited versions of our "video letters" click here! They are about 2 minutes each.

Also, I'm not doing any 3 - word movie review while at Sundance... too many movies here! Maybe will review some later. Have fun, comrades...
Posted by Mad Max Winston at 7:25 PM

haha the black and white still frames are so... artsy. hehehehehe. ehehehe. cool.

Awesome! awesome! Awesome! that's awesome to the power of 3 in case you missed it. Man, i'm gonna call you when you get back from the land of the dancing sun and i'm gonna chew your ear off for all the cool stories, and stuff like that. :D

Hey Max, it's will. I finally made a blog. Horray for me. And horray to you. I liked the part where he asked where you were staying and you said a couch. And he gave a nod of disapproval, lol saying you should get a hotel room.

Yeah, so anyways. We should hang out the next time I'm in california. C yah

Hey Max, how are you buddy?
Did you see the movie yet?
You know which one, Bolt!
Its amazing.
He he.
Tony C 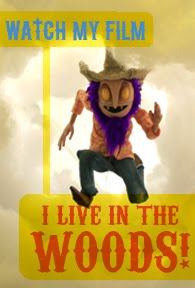